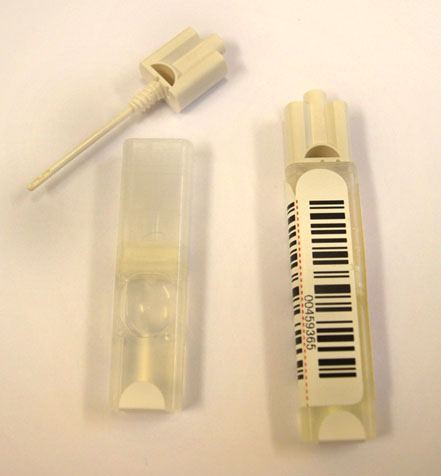 For some cancers, including colorectal cancer (CRC), the updated draft guidelines are very different. Of particular interest are two new statements: Offer testing for occult blood in faeces to assess for CRC in people without rectal bleeding who: have abdominal pain or have weight loss or are aged under 60 and have a change in bowel habit or iron-deficiency anaemia (with haemoglobin levels of 12 g/dl or below for men and 11 g/dl or below for women). Refer people using a suspected cancer pathway referral (for an appointment within 2 weeks) for CRC if tests show occult blood in their faeces.

Previous recommendations from a number of professional bodies and expert groups was that there was no role for faecal tests in assessment of patients with symptoms. Why is this change of emphasis proposed? Will the new statements, if in the definitive document, lead to an explosion of requests for faecal occult blood testing to laboratories or performance of such testing in primary care?

The evidence for these recommendations is weak. In addition, five of the six cited studies were done with traditional guaiac-based faecal occult blood tests. These are not specific for blood in faeces and dietary restriction is often recommended. Two samples from each of three bowel motions are required. This test detects bleeding from all parts of the gastrointestinal tract. The test card must be dried before colour development, otherwise many false positive results occur. The colour developed in a positive test is transient. Experience is required to read the results correctly.  As a result of these and many other deficiencies, these tests are now considered obsolete, have been generally eliminated from the repertoire of laboratories and their use has been discouraged.

However, newer tests for blood in faeces are available. These are faecal immunochemical test for haemoglobin, often called FIT. Generally one only faecal sample is needed, collected in hygienic, easy to use sample collection devices. They are specific for human haemoglobin and do not require dietary restriction. They detect only bleeding from the lower gastrointestinal tract. These are now the faecal test of choice in CRC screening. FIT do have high sensitivity for CRC detection. Importantly, however, there is growing significant evidence that FIT in assessment of the symptomatic is a valuable investigation, particularly when used as to rule-out disease. A negative FIT result gives considerable reassurance that significant colorectal diseases is not present. This is really beneficial since it is widely recognised that less than one-third of patients with lower abdominal symptoms actually have significant disease worthy of further invasive endoscopy.

Generation of evidence-based guidelines takes some time. It must be realised that rapid evolution and use of newer tools for investigation can negate the statements made in these. The bottom line – never use traditional faecal occult blood tests – the FIT revolution is here!

Professor Callum G Fraser has worked in laboratory medicine in Scotland and Australia for 45 years. He has published 2 books, 12 book chapters and well over 300 papers, editorials and reviews. He has been involved with bowel screening since 1998, is Consultant to the Scottish Bowel Screening Research Unit, and is a Founding Member of the Expert Working Group on FIT for Screening, WEO.

Professor Callum G Fraser has worked in laboratory medicine in Scotland and Australia for 45 years. He has published 2 books, 12 book chapters and well over 300 papers, editorials and reviews. He has been involved with bowel screening since 1998, is Consultant to the Scottish Bowel Screening Research Unit, and is a Founding Member of the Expert Working Group on FIT for Screening, WEO.

2 thoughts on “Faecal Tests for Blood – Think FIT, not FOB!”